Right from the start, let’s get one thing straight. You are never failing.

Parenting is a process that takes practice. And it’s okay when you occasionally veer off track from the good intentions you make. However, knowing the reason WHY you veer offtrack goes a long way to keep it from happening. If you want to stop the yelling, you need to know and be aware of what causes it.

Why Do You Revert Back To Yelling, Anger and Blame?

Last night was a rough night in parenting. Your kids seemed to be screaming at each other from the minute you got home. Every time you tried to get something done, they needed you to come to sort things out.

So by the time you heard screaming, ran to their room, and found your youngest child hanging by the ankles from the top bunk, your oldest yelling his head off, you lost it.

Ultimatums? They were defiantly issued.

Punishments? Though you vowed to stop timeouts, both kids were plonked by you in two different spots and told to think about their actions.

And as you stirred a pot of food you knew no-one would now want, you went on an even bigger rampage.

You get MAD with yourself, mad the world, mad your kids, and mad at the fact that it’s all on your shoulders. It’s not fair!

But you should know that the reason you revert back to your old habits is not actually your fault. It’s generational wiring.

We absorb what we were raised with.

When you were yelling as a child, or torturing your sibling, what happened in your house?

Did someone gently connect with you? Tell you they understood? Ask what was wrong?

And that affects our own good desire to do differently with our kids.

We absorb what we were raised with. 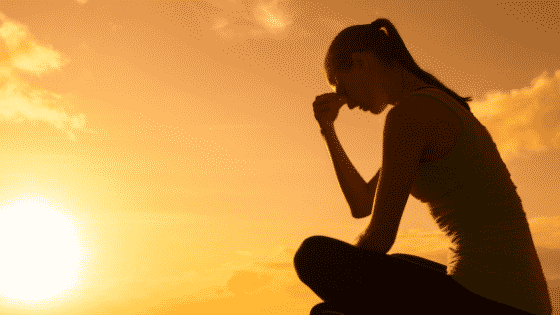 They Say Kids Push Buttons, But They Actually Push Something Bigger

They say kids push our buttons. We think that sets off our anger and impatience. But actually kids push something far deeper, far more hurtful.

They push on hurts from our own childhoods.

In fact, the parts of parenting you find hardest are probably linked to the parts of your childhood that you found hardest. Sometimes you can recall them, very often you can’t.

Instead, they show up as “Monster mom.”

The fired up, whirling hurling hurricane of emotion that steamrolls and berates your kids. The one that banishes them away. The one who gets loud and mean.

The mom you said you’d never be.

We know. We’ve been there. It hurts.

It isn’t your kids’ fault, of course, that they touch on these buttons, these pockets of hurt and feelings of unfairness. And the random thing is that because it’s not their fault, you feel even worse when you blow.

But you should know that your intention to do better serves them well. In so many moments you are kind and caring, playful and providing. You are a GREAT parent.

But those old habits? Those defaults to behavior management that you absorbed from your childhood?

They don’t just magically go away with good intention.

The reason good intentions aren’t quite enough is because those feelings, those hurts, need a place to go. To be processed.

You deserve to be treated in the way that you want to treat your kids. Where people are kind and nonjudgmental, where they listen and support, just like you do with your kids.

Any cookies that may not be particularly necessary for the website to function and is used specifically to collect user personal data via analytics, ads, other embedded contents are termed as non-necessary cookies. It is mandatory to procure user consent prior to running these cookies on your website.